SINER "g" is a company that mainly manufactures luxury tenders at its main plant located in northern Italy. With its numerous patents, in addition to traditional tenders, Siner "g" produces the extensive range named AERMARINE which is characterised by the fold-down transom, a popular alternative to the water-jet models. Over 80,000 inflatable units have been built and sold as a result of the work of the technicians. Thanks to the extreme flexibility of production the company produces tenders for customised or full-custom luxury yachts.

For several years now Siner "g" has been offering an innovative and patented solution: part of the transom can be tilted inwards in order to reduce the height and length of the tender when it is complete with an outboard engine. In many cases it is no longer necessary to remove the outboard from the tender to position it inside the "garage"; furthermore, the propeller remains in a protected area making the boat more liveable and safe. 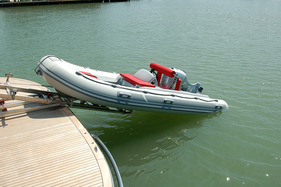 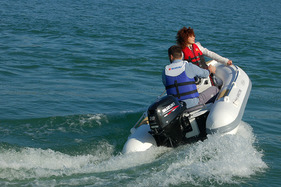 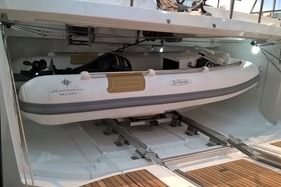