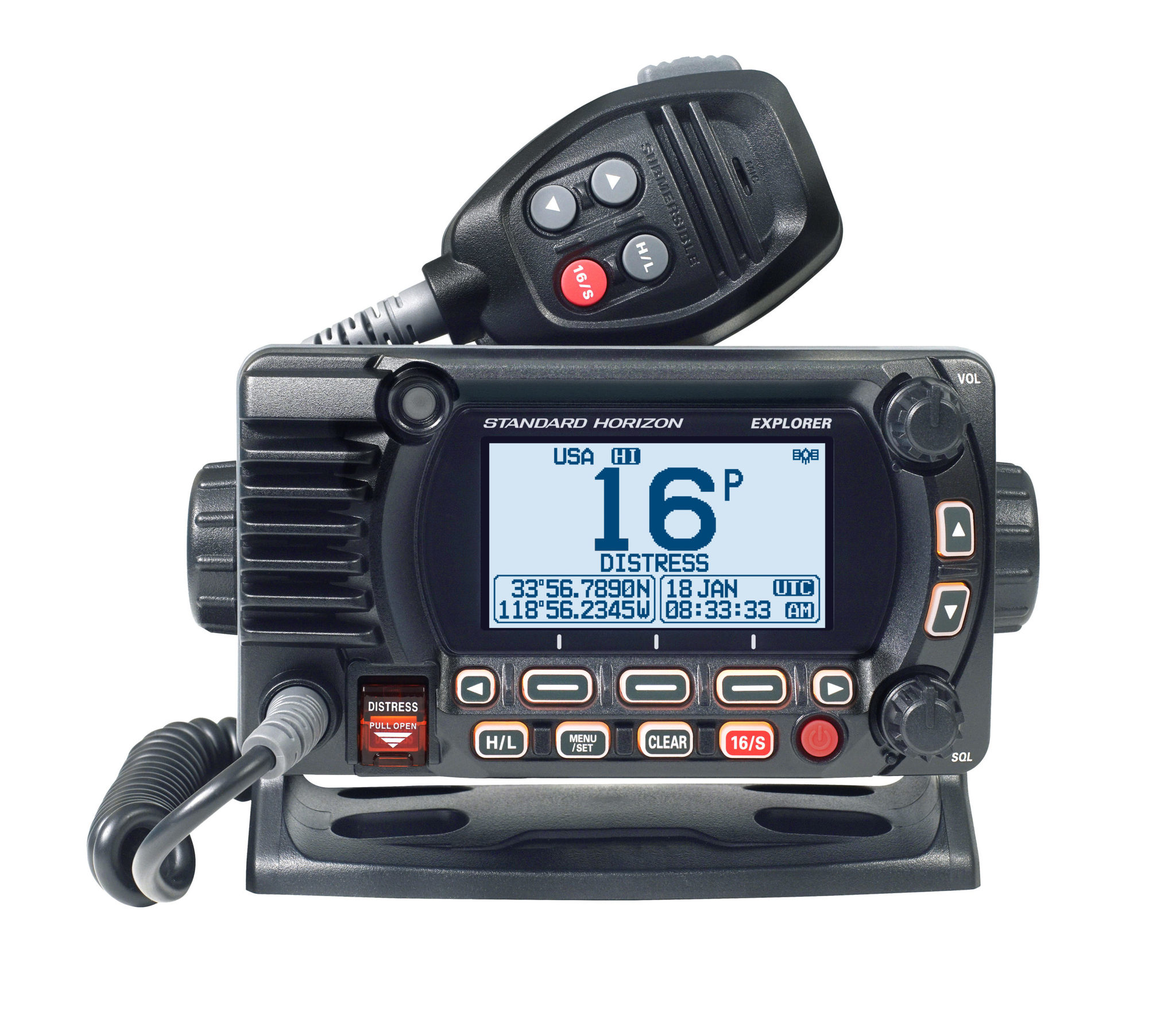 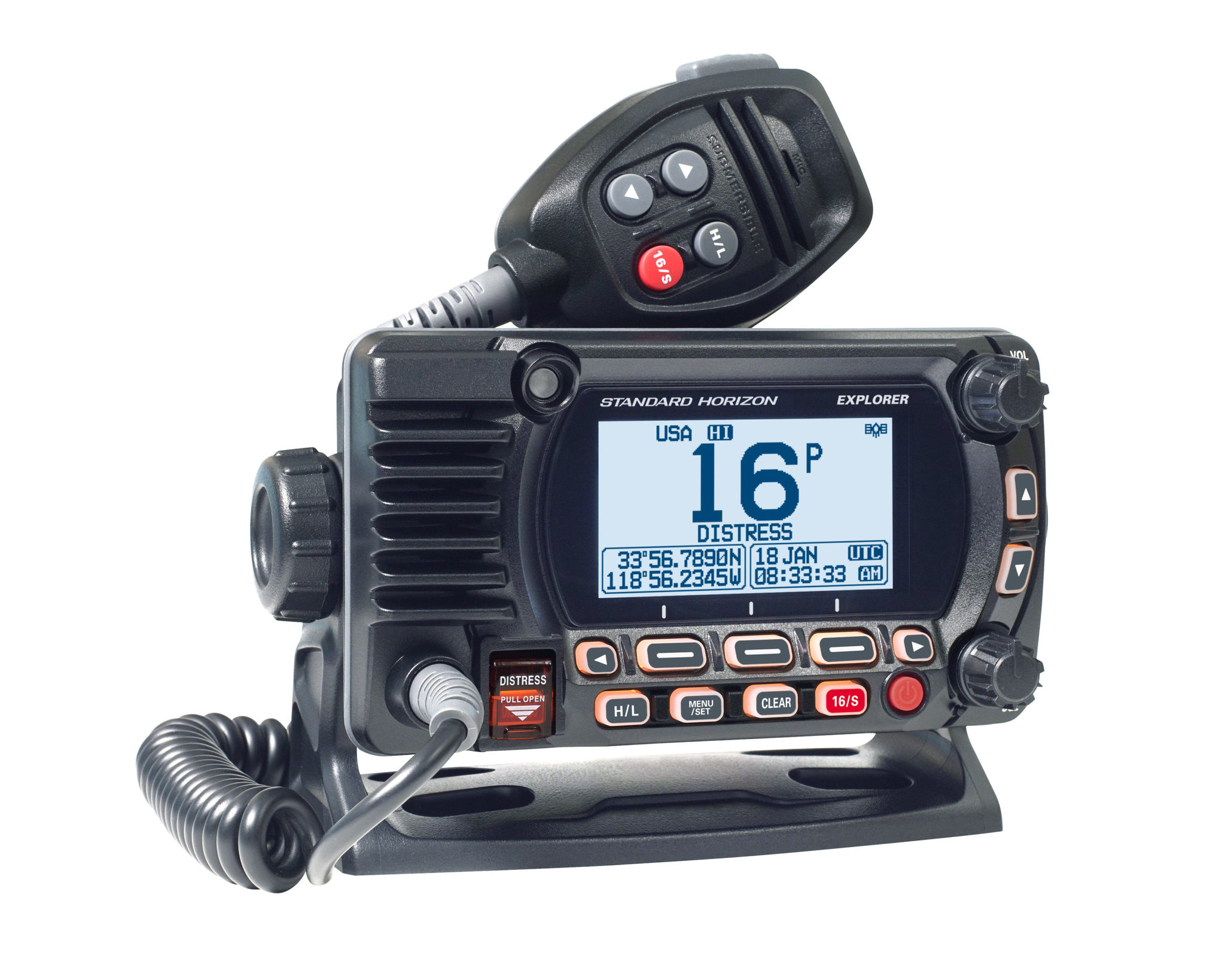 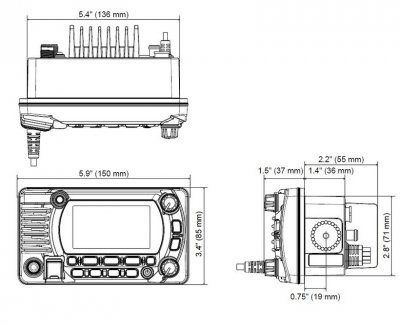 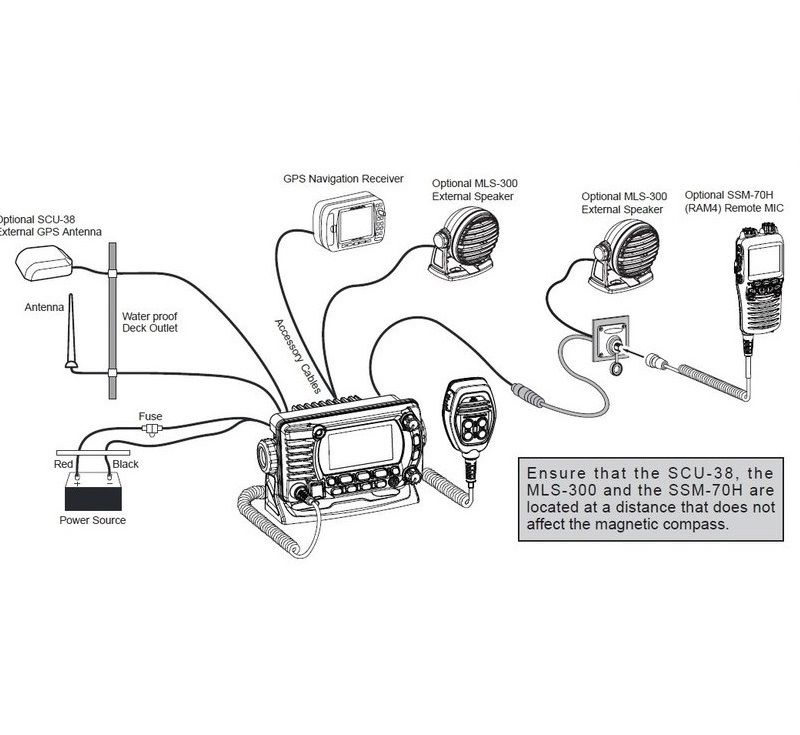 Built-in 66 channel GPS receiver
66 Channel WAAS GPS receiver built into the face of the radio. Providing the flexibility of using the NMEA2000 data bus or the built-in GPS to provide highly accurate position data on the display of the radio.

Ultra-Compact Easy Installation
Mounting a VHF radio has never been easier. The Explorer Series VHF’s have an ultra-thin, compact rear case, only 82 mm in depth or half the depth of comparable VHF radios on the market. The rear case design also gives flexibility when flush mounting the radio (requires optional MMB-97 bracket) in tight areas or bracket mounting the radio by taking up less dash space and allowing more mounting options.

Please allow 3-5 business days for preparing the order to ship. Due to the current situation, some shipments and deliveries may be delayed for a few days. We appreciate your patience and understanding.