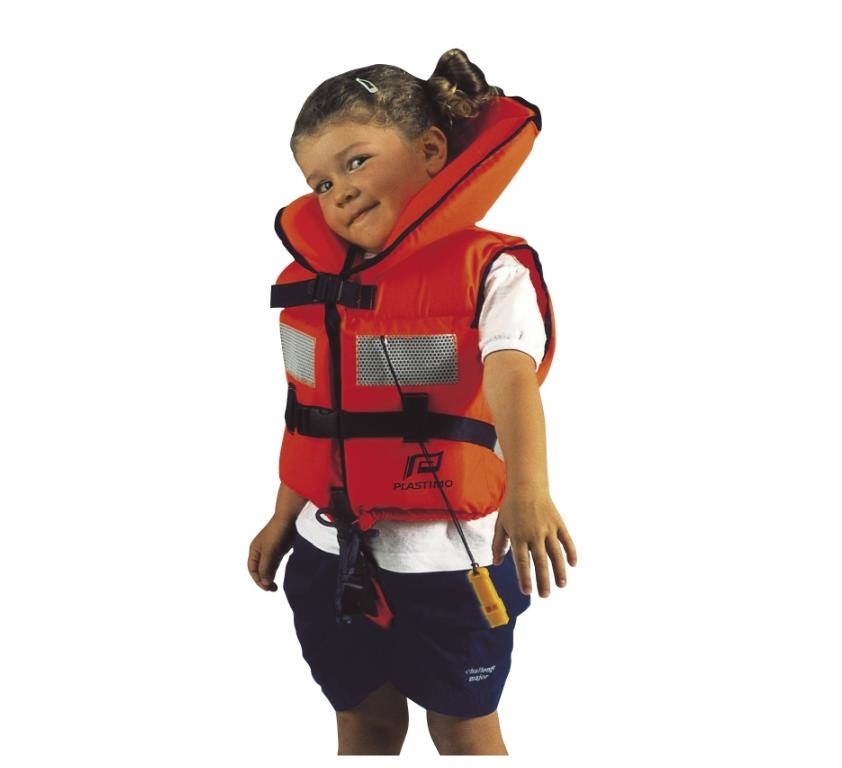 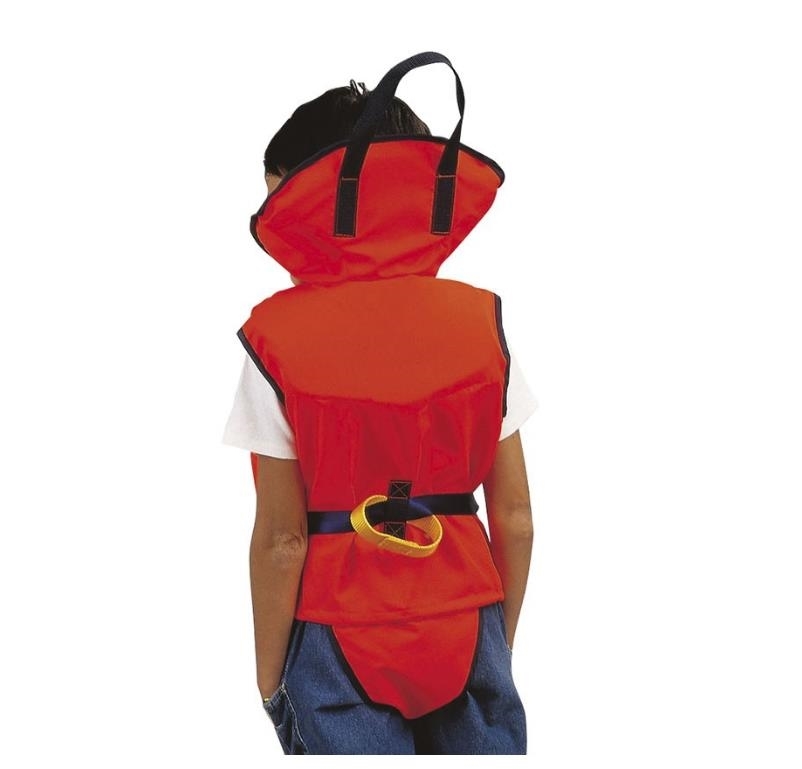 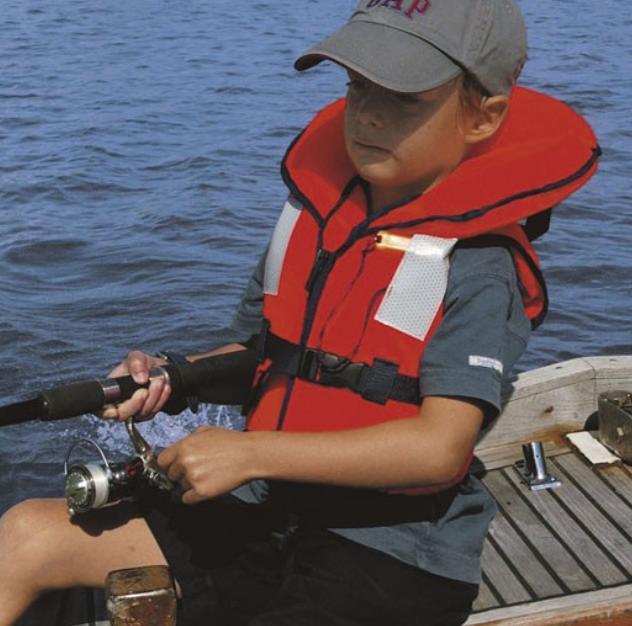 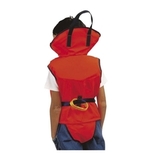 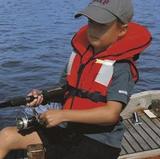 The child's weight is considered by the regulation as the criteria serving as a basis for buoyancy per size.
Age indication is given as a guide only, it is imperative that the child tries the lifejacket on before purchase.

Inflatable or traditional foam lifejacket for your small passenger?

Both types meet the specifications required by the EC standard ; they are self-righting and feature a large flotation pillow collar to support the child’s head efficiently and keep the airway out of the water.

• Inflatable lifejacket for children is always an automatic inflation type ; even if the child falls into the water unconscious or cannot swim, the lifejacket inflates automatically, by mere contact with the water.However, we tend to recommend inflatable jackets only for children aged 6 or 7 and above, i.e. an age when the child can swim a little and moves around the boat with a relative freedom of movement.An inflatable lifejacket is ideal for a child who is already acquainted with life on board and reasonably aware of danger ; less cumbersome than a foam jacket, it contributes to the child’s better freedom of movement and can thus have a positive effect on his/her involvement on board.

• For toddlers, and indeed for most children, we still recommend the traditional foam flotation lifejacket : your child is litterally «bundled up» in a protection shell. While its primary function is to provide flotation, its foam volume acts as a real bumper, protecting the child from hard knocks ; also, it definitely slows down the movements of an inquisitive and adventurous brood, which some parents may find comforting !

Last but not least, do not forget to surround your decks with netting : in addition to the lifejacket which is the bare essentials, the guardrail netting is a wise and simple precaution.

To help understand the lifejacket categories

Lifejackets and buoyancy aids used in recreational or professional activities must comply with the specifications of the European Directive 89/686/CE on Personal Protective Equipment.
The CE mark of approval must be printed on the garment's label and testifies that the lifejacket complies with the European Directive. Lifejackets are ranked in 4 categories according to their use, performance ans buoyancy level.

Please allow 3-5 business days for preparing the order to ship. Due to the current situation, some shipments and deliveries may be delayed for a few days. We appreciate your patience and understanding.

More about assurance
ru fr it de es
Enter Favourites Cart 0
Contacts Delivery +49 (0) 69 951 799 25
Added to your cart
Continue shopping
Go to your cart
Added to favourites
Removed from favorites
SUBSCRIBE OUR NEWSLETTER
Subscribe to our newsletters and we will introduce you to our special offers, new products and yachting news. You can unsubscribe any time if you decide that you are not interested in it.
more